I often see friends of mine share their favorite Motivational Quotes on Social Media and I can’t help but lose 5 minutes here and there as I browse through them.

And you know what? Sometimes when you’re stuck in a rut or having a bad day seeing a particular message that resonates with you can be all you need to get back on track.

I know when running an online business there are always challenges and obstacles to overcome so I think it’s worthwhile to share a selection of some of the Best Quotes I have come across in my time online.

I hope you enjoy flicking through them and find at least one or two that can get you into gear when you’re having a bad day at the office!

51 Motivational Quotes Every Entrepreneur Should Read at Least Once

“Once you say you’re going to settle for second, that’s what happens to you in life.” John F. Kennedy [tweet it]

“The most valuable thing you can make is a mistake – you can’t learn anything from being perfect.” Adam Osborne [tweet it]

“A man must be big enough to admit his mistakes, smart enough to profit from them, and strong enough to correct them.” John C. Maxwell [tweet it]

“I don’t know the key to success, but the key to failure is trying to please everybody.” Bill Cosby [tweet it]

“You should always stay hungry. Stay hungry, so you can eat.” Syed Balkhi [tweet it]

“Every day I get up and look through the Forbes list of the richest people in America. If I’m not there, I go to work.” Robert Orben [tweet it]

“The best way to predict the future is to create it.” Peter Drucker [tweet it]

“You must either modify your dreams or magnify your skills.” Jim Rohn [tweet it]

“Not a single person whose name is worth remembering lived a life of ease.” Ryan P. Allis [tweet it]

“Opportunity is missed by most people because it is dressed in overalls and looks like work.” Thomas Edison [tweet it]

“If you think that you are going to love something, give it a try. You’re going to kick yourself in the butt for the rest of your life if you don’t.” Joe Penna [tweet it]

“Start today, not tomorrow. If anything, you should have started yesterday.” Emil Motycka [tweet it]

“Make it happen now, not tomorrow. Tomorrow is a loser’s excuse.” Andrew Fashion [tweet it]

“Failing to plan is planning to fail.” Chinese Proverb [tweet it]

“Building a castle is difficult. Defending and maintaining it is harder still.” Asian Proverb [tweet it]

“Don’t stand by the water and long for fish; go home and weave a net.” Chinese Proverb [tweet it]

“Teachers open the door. You enter by yourself.” Chinese Proverb [tweet it]

“A journey of a thousand miles begins with a single step.” Chinese Proverb [tweet it]

“Vision without action is a daydream. Action without vision is a nightmare.” Japanese Proverb [tweet it]

“Find a job you love and you’ll never work a day in your life.” Confucius [tweet it]

“The best time to plant a tree is twenty years ago. The second best time is now.” Chinese Proverb [tweet it]

“It’s easier to ask forgiveness than it is to get permission.” Grace Hopper [tweet it]

“A ship in harbor is safe. But that’s now what ships are built for.” William Shedd [tweet it]

“One day your life will flash before your eyes. Make sure it is worth watching.” Mooie [tweet it]

“We are what we repeatedly do. Excellence, then, is not an act, but a habit.” Aristotle [tweet it]

“Twenty years from now you will be more disappointed by the things that you didn’t do than by the ones you did do.” Mark Twain [tweet it]

“If one does not know to which port one is sailing, no wind is favorable.” Lucius Annaeus Seneca [tweet it]

“Do not wait to strike until the iron is hot; but make it hot by striking.” William B. Sprague [tweet it]

“The few who do are the envy of the many who only watch.” Jim Rohn [tweet it]

“If you are going to ask yourself life-changing questions, be sure to do something with the answers.” Bo Bennett [tweet it]

“Effort only fully releases its reward after a person refuses to quit.” Napoleon Hill

“My son is now an ‘entrepreneur’. That’s what you’re called when you don’t have a job.” Ted Turner [tweet it]

“I used to sell furniture for a living. The trouble was, it was my own.” Les Dawson [tweet it]

“Ever notice how it’s a penny for your thoughts, yet you put in your two-cents? Someone is making a penny on the deal.” Steven Wright [tweet it]

“By working faithfully eight hours a day you may eventually get to be boss and work twelve hours a day.” Robert Frost [tweet it]

“I didn’t go to college, but if I did, I would’ve taken all my tests at a restaurant, ’cause ‘The customer is always right.’” Mitch Hedberg [tweet it]

“Entrepreneurship is the last refuge of the trouble making individual.” Natalie Clifford Barney [tweet it]

“If everything seems under control, you’re just not going fast enough.” Mario Andretti [tweet it]

“Lend your friend $20. If he doesn’t pay you back then he’s not your friend. Money well spent.” Ted Nicolas [tweet it]

“All of my friends were doing babysitting jobs. I wanted money without the job.” Adam Horwitz [tweet it]

“Money and success don’t change people; they merely amplify what is already there.” Will Smith [tweet it]

So that’s it guys – 51 Motivational Quotes Every Entrepreneur Should Read at Least Once! Can you pick your favourite from the list or is there one that I’ve left out? Let Me know in the Comments Below…

Free Training Invite : If you enjoyed this post and would like to learn more about me and how I make a full time living online then Click Here to Attend My Free Training Workshop! 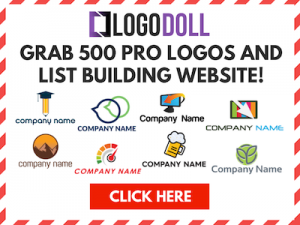